For those of you who have had previous chiropractic care, you may be looking for a specific chiropractic technique. Here, we have provided a list of specific techniques that we employ within our practice here at Thrive Chiropractic.

Chiropractors can select and specialize in a variety of techniques . However, it is common for each doctor of chiropractic (DC) to select a handful of methods that they will implement into their regular practice. Even though there are an array of options, we employ techniques at Thrive that cover many different treatment options for your pain or concerns.

This technique focusses on applying pressure to the tissues that surround the muscles. Oftentimes, there are specific tightened trigger points that cause pain and restriction in movement. The chiropractor will use a variety of techniques to pinpoint and apply pressure to release the myofascial tissues.

The ACA reports this as the most widely-used technique by chiropractors. Essentially, it is a series of short and low-pressure thrusts applied to joints. Its main purpose is to restore joint function, relieve pain in the spine and other extremities, and improve their proper movement.

Flexion Distraction is used to treat back and neck pain, primarily due to disc bulges and herniations. It uses a special table that allows the patient to flex or move certain areas and the chiropractor to isolate vertebrae that need adjustment.

Essentially, the drop table method is what it sounds like- a table that drops in response to pressure applied by the chiropractor. In this way, the drop of the table allows gravity to work in the direction of the adjustment without the chiropractor applying harder pressure to the patient.

The Activator Method is a common method used to relieve back pain, neck pain, and headaches (chronic and acute). The fact that its used by a majority of chiropractors in the US is a testament to it’s efficacy. [1] Additionally, it is common in Canada, New Zealand, and Australia. It uses a small handheld device called the Activator Adjusting Instrument that delivers quick, localized thrusts to joints and vertebrae. Comparatively, it’s speed and precision is key to it’s success and is the real difference from using hands alone.

This technique uses motion and manipulation to release scar tissue (adhesion) from your joints and soft tissues. This is a great method to promote healing to tissues and major muscle groups, restore movement, and reduce pain. Oftentimes, this is great for overworked, overused, and injured muscles and joints.

Cranial sacral therapy is a very gentle and safe technique that is used to decompress bones from your head (cranium) down to your lower back (sacrum). It consists of applying very gentle pressure and aligning the position of the pelvis, spine, and head. Through this, blockages break up and the nervous system is restored. 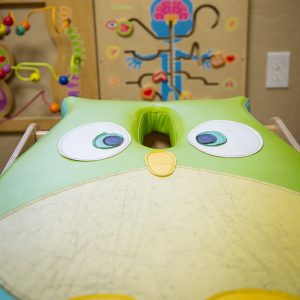 Dr. Chelsea is also incredibly passionate about the wellness of mothers and babies. She takes great care and responsibility when it comes to caring for pregnant mothers or children and has certifications in this area of her practice. Additionally, be sure to check out our Pregnancy and Pediatric sections on our website to learn more about the specifics of pregnancy and chiropractic care. You’ll also find information about the care that Chelsea takes when it comes to pre-natal and post-partum care!

The Webster Technique is a special certification focused on pregnant mothers. Overall, the purpose of the technique aims to adjust future moms in a way that results in a healthier, safer, and more comfortable birth. According to the ICPA, it mainly focusses on sacral adjustment, which affects malpresentation (e.g. babies that are in breech position), healthy pelvic contractions, and uterine function.

The Spinning Babies certification is an additional way to ease the pain and increase the chances of a healthy birth. In short, it focuses on aligning the mother’s pelvis and balancing her muscles to optimize her body with the baby’s body.

We are very passionate about getting you to a high level of wellness! In fact, there isn’t a day that goes by that we don’t strive to be the best chiropractors in Coeur d’Alene for you and your family. We hope that you found the information about the chiropractic techniques we offer. Of course, please let us know if you have any questions or concerns.